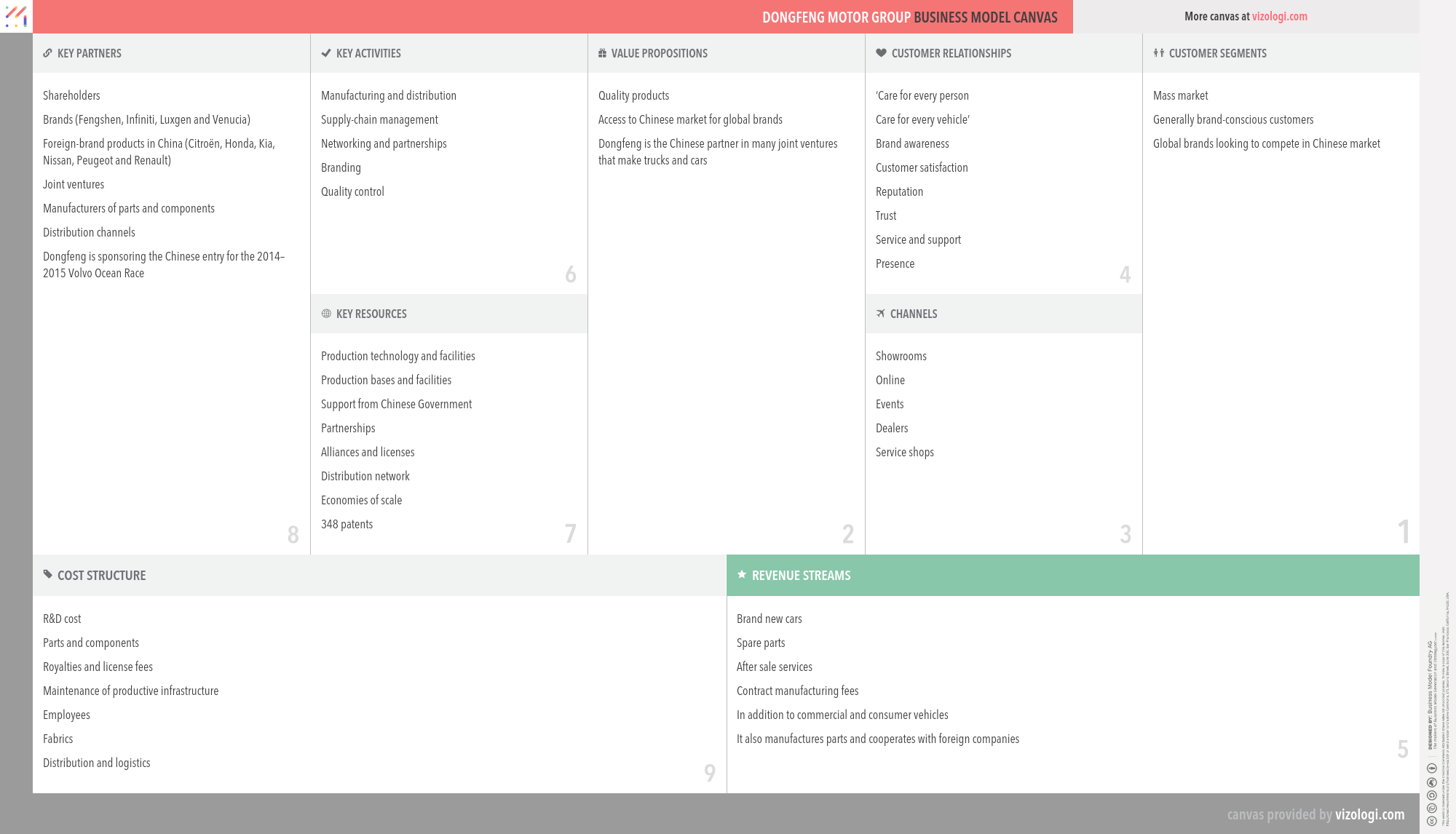 Dongfeng Motor Corporation is a Chinese State-owned automobile manufacturer headquartered in Wuhan, China. Traditionally one of the "Big Three" Chinese automakers, Dongfeng is currently in the top four along with Chang'an Motors, FAW Group, and SAIC Motor. In addition to commercial and consumer vehicles, it also manufactures parts and cooperates with foreign companies. Counting six global automakers as partners, it has more Sino-foreign joint ventures than any other Chinese carmaker. These partnerships allow it to produce and sell a variety of foreign-branded products in China including those of Citroën, Honda, Kia, Nissan, Peugeot, and Renault.