Why Virgin Galactic's Business Model is so successful? 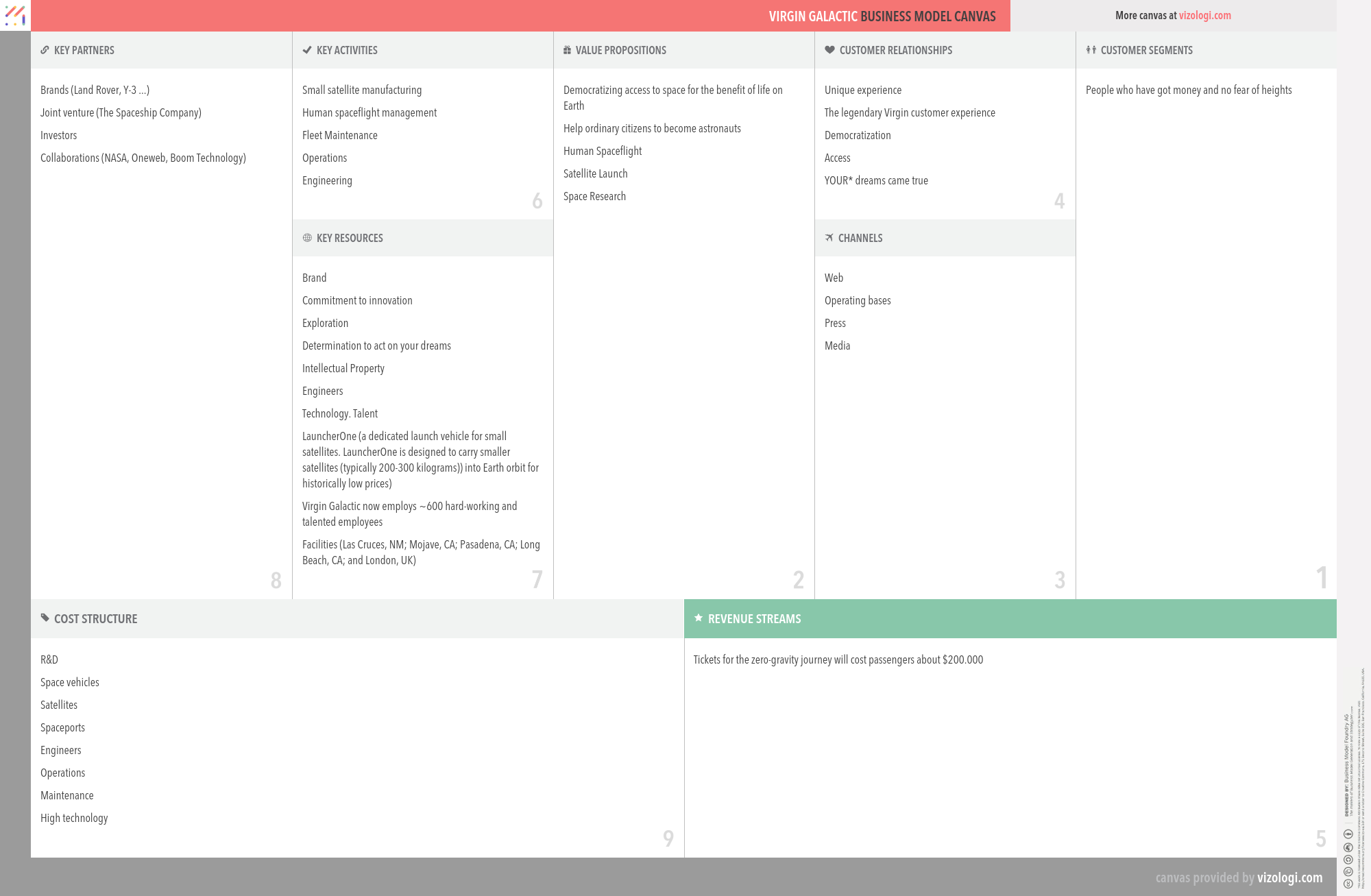 Make more of It:

The business invests time and money in developing in-house expertise and development that may be used both internally and outside to sell goods or services to clients or third parties. AWS was created to meet Amazon's cloud computing requirements. They quickly discovered that they could offer their services to end-users. At the moment, AWS accounts for about 11% of Amazon's overall income.

Space technology is a term that refers to technology created by space science or the aerospace industry for use in spaceflight, satellites, and space exploration. Space technology includes spacecraft, satellites, space stations, and the infrastructure, equipment, and procedures necessary to support them. Space is such an unfamiliar environment that was trying to operate in it necessitates developing innovative tools and methods. In addition, numerous daily services, like weather forecasting, remote sensing, GPS systems, satellite television, and specific long-distance communications systems, depend heavily on space infrastructure.

This business approach is based on product distinctiveness and a high level of quality, emphasizing individuals with significant buying power. The expenditures required to create distinction are covered by the comparatively high prices charged, which often allow for very high profits.