Why ALDI's Business Model is so successful? 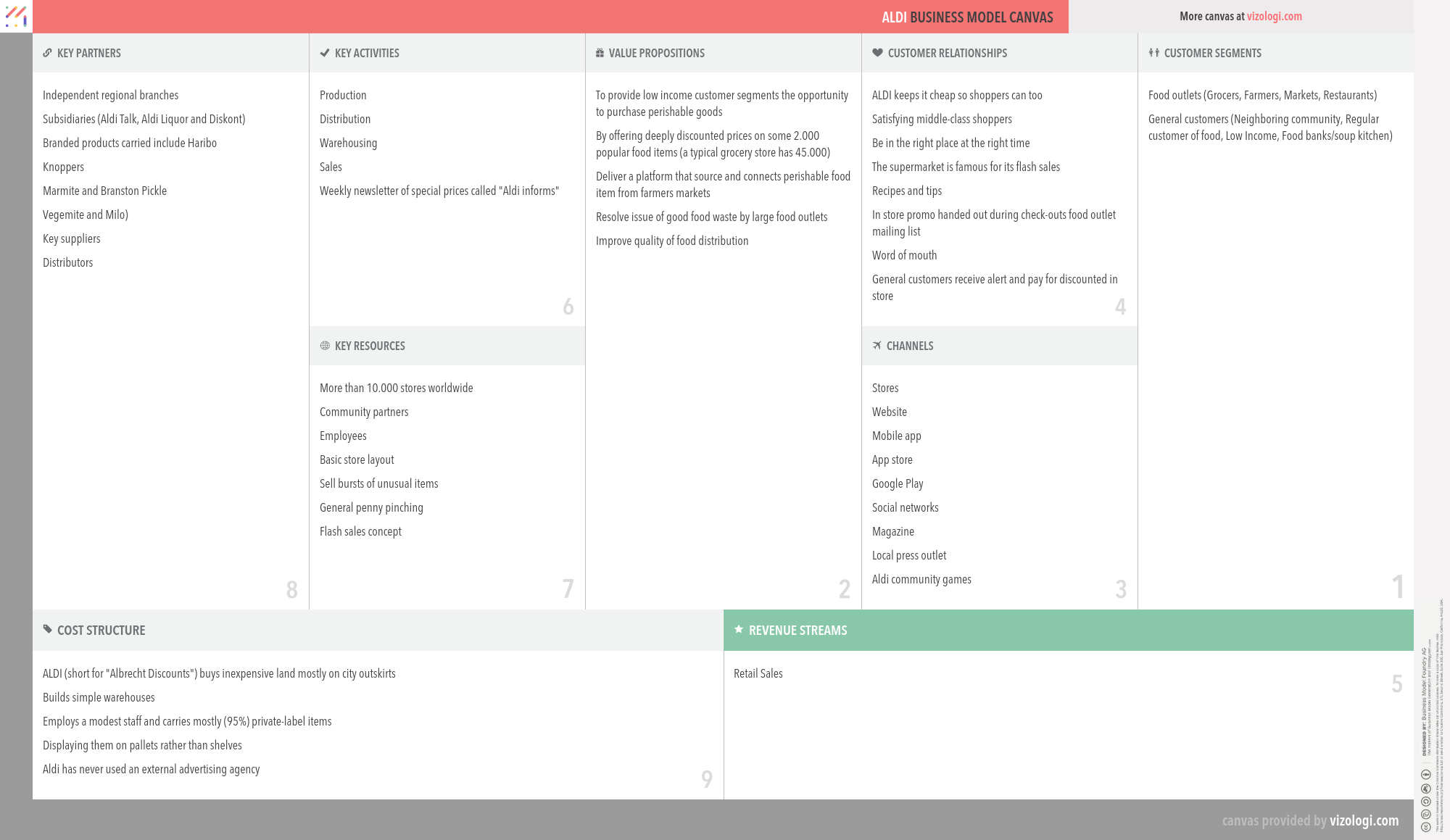 Aldi is a leading global discount supermarket chain with almost 10.000 stores in 18 countries, and an estimated turnover of more than €50bn.

A no frills service or product has been stripped of non-essential elements to keep the price low. Initially, the word frills referred to a kind of cloth embellishment. Something provided free of charge to clients may be a frill - for example, complimentary beverages on airline flights or a radio fitted in a rental vehicle. No-frills companies rely on the premise that by eliminating opulent extras, consumers may benefit from reduced costs. Budget airlines, supermarkets, holidays, and pre-owned cars are examples of everyday goods and services with no-frills branding.

Remainder retail (affectionately referred to as daily deal, flash sale, or one deal a day) is an online business strategy in which a website sells a single product for a period of 24 to 36 hours. Customers may join deal-a-day websites as members and get online deals and invite through email or social media. The deal-of-the-day business model works by enabling merchants to advertise discounted services or goods directly to the deal company's consumers, with the deal company receiving a cut of the retailer's earnings. This enables merchants to foster brand loyalty and rapidly liquidate excess inventory.

The Edeka Group is the largest German supermarket corporation, holding a market share of 26%. Founded in 1898,...
View Canvas
retailgroceriessupermarketmobilefooddiscountsqualitypricesstores