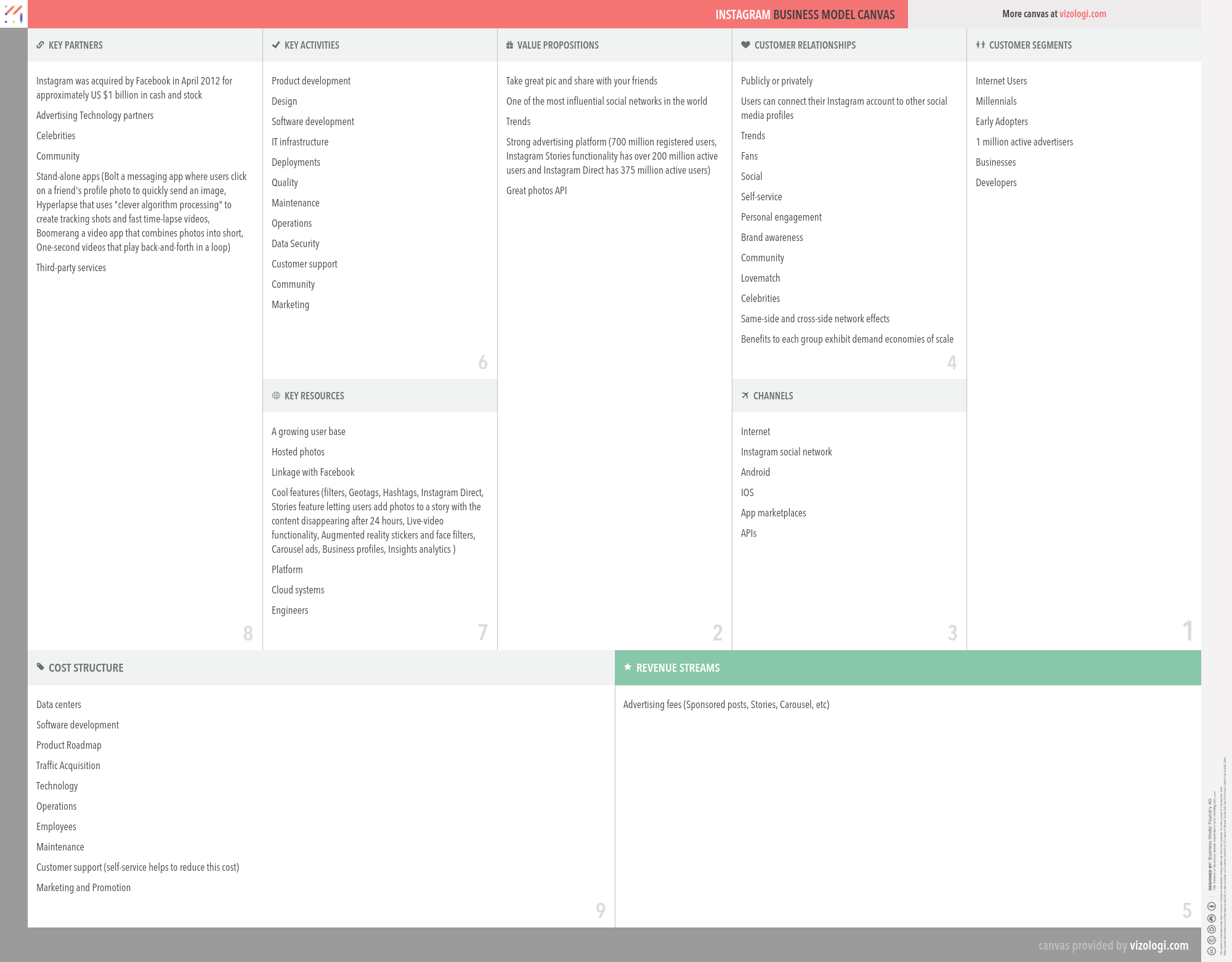 Instagram is an online mobile photo-sharing site that allows its users to share pictures and videos either publicly or privately on the app, as well as through a variety of other social networking platforms, such as Facebook, Twitter, Tumblr, and Flickr. The service was acquired by Facebook in April 2012 for approximately US $1 billion in cash and stock. In 2013, Instagram grew by 23%, while Facebook, as the parent company, only increased by 3%