Why George Weston Limited's Business Model is so successful? 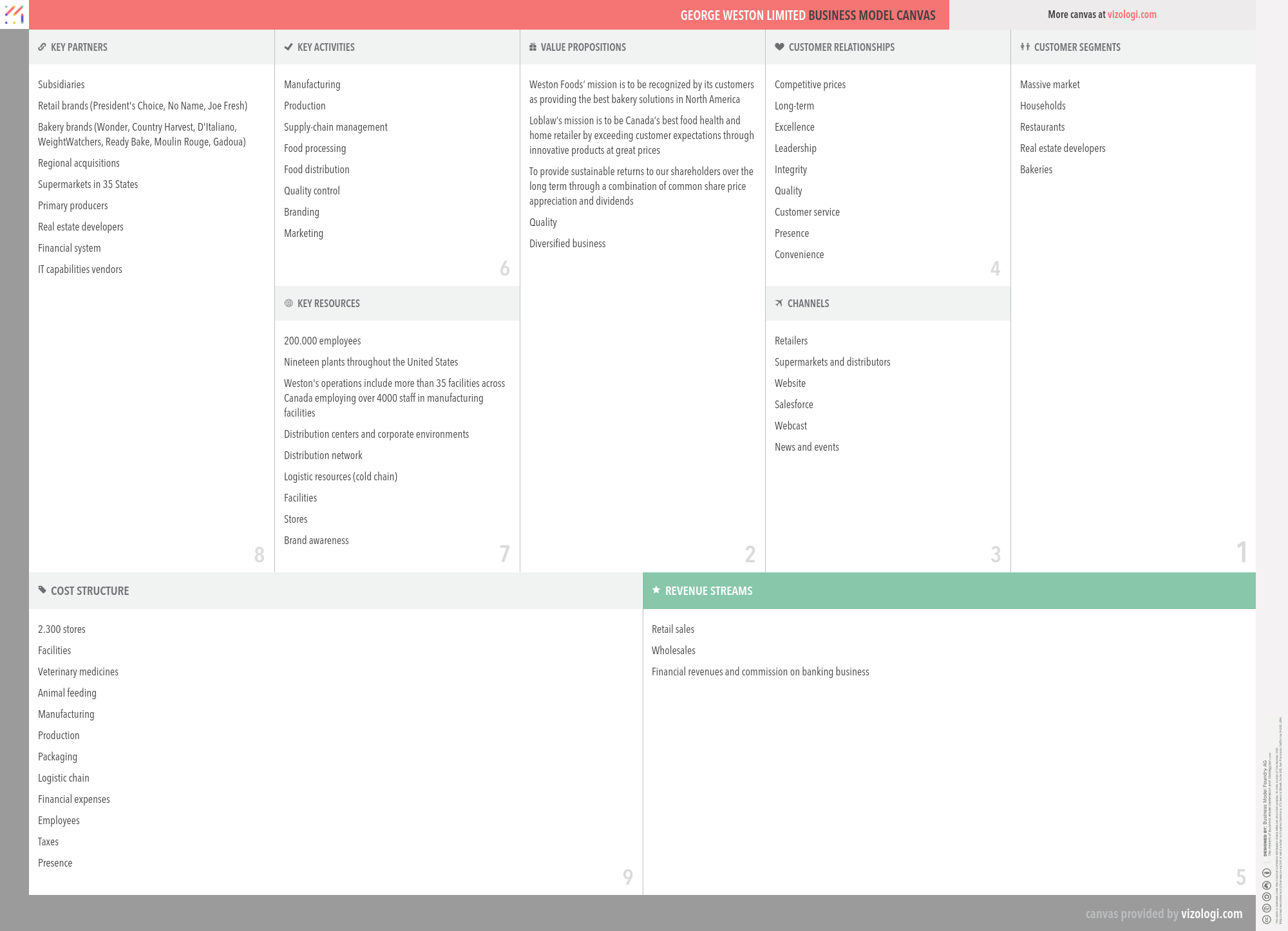 Utilizes a multi-tiered e-commerce approach. The firm first focused on business-to-consumer connections with its customers and business-to-business ties with its suppliers. Still, it later expanded to include customer-to-business transactions after recognizing the importance of customer evaluations in product descriptions. It now also enables customer-to-customer transactions by establishing a marketplace that serves as a middleman for such transactions. The company's platform enables nearly anybody to sell almost anything.

Disrupts by 'brand bombing' competitors, often by offering below cost. Hypermarkets, like other large-scale retailers, generally operate on a high-volume, low-margin basis. They typically span a space of 5,000 to 15,000 square meters (54,000 to 161,000 square feet) and stock more than 200,000 different brands of goods.

Danone SA is engaged in holding directly or indirectly companies, and coordination of the main functions and a...
View Canvas
foodnutritiondairykidswatersbeverageshealthlifestylebabies

One World Everybody Eats Business Model

One World Everybody Eats (OWEE) is a nonprofit community kitchen and foundation, originally based in Salt Lake...
View Canvas
foodcharitysocialhungerpovertyorganicvolunteerrestaurantsclassless